Rugby as a sport is popular in Europe and Australia and in some other parts of the world. Rugby, similarly to many other contact sports which have a ball. Rugby union is the sport often called rugby, which is different from Rugby League and a lot different from gridiron football, otherwise known by its most familiar form, American Football.

Rugby union has a lot of tournaments, amateur and professional alike, all of which attract many fans and even more bookmakers. Like with any grand tournament, especially international ones, sportsbooks profit the most. But, not all large sportsbooks offer rugby as a sport to bet on, yet things are improving, as even this upcoming mobile sportsbook in New Jersey is keen on offering rugby and its variations as a sport to bet on, especially during important tournaments. Here are those tournaments, the ones to look forward to.

This is obviously the most anticipated tournament of them all. It takes place every four years, mirroring all the other tournaments like the Olympic Games and the FIFA World Cup, for example. Its inception was in 1987, in May and June, in New Zealand. New Zealand is also the country with most wins and the only country to have two consecutive World Cup titles, sitting at the top with 3 titles. The tournament in 2019 will be hosted by Japan and the one in 2023 by France.

There are currently 20 teams competing in the world cup, each qualifying through their own league, or playing their qualification matches, after finishing first or second in their league. The tournament has a pool stage of four groups, A to D, with five nations in each group. Each nation plays each other once and then the seeding is determined through points and other statistics, should there be a tie. The knockout stage is the second one. The tournament also has the Bronze Finals, where the third place nation is decided. 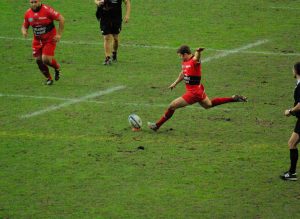 Just like the World Cup for men, the women’s rugby World Cup also attracts attention. Following the success of the first Rugby World cup, the Women’s Rugby World Cup was inaugurated in 1991 and was hosted by Wales. The tournament format features a pool stage with the twelve participating countries seeded into four groups of three countries, each to play each other once. The results determine which countries get to proceed to the knockout stage, the top four teams competing in the semi-finals and the two best ones in the finals. There is also a third-place match, between the losers of the semi-finals.

Every year, the Six Nations tournament takes place in Europe. It is called this because only six nations compete, namely Ireland, Wales, Scotland, France, England, and Italy. The tournament is attractive due to its relatively short length and the fact that it takes place annually. Having to wait for the World Cup becomes much more tolerable with this tournament, especially if you are a fan of any of these countries.

The rules are very simple, each of the countries plays the others once. The champion is crowned in the end, using points. An interesting thing to note is that the last place team gets the title of Wooden Spoon, and even though there is not an official trophy, the statistics are well-noted.